Reigning in the Budget: the make vs. buy comparison

I’ve talked a lot about getting my grocery budget under control and I’ve gotten some really wonderful responses and ideas from my readers about it! So for starters, thank you for all the great ideas…we are currently trying to put them into practice. Slowly but surely.

Today I want to talk a little about the comparison between making and buying.
I primarily want to discuss prices in my make vs. buy comparison, but I am also going to touch on time and effort as well as ingredients and food source…just because those are things that are important to me, and they weigh heavily on my food choices sometimes. Since I’m loving the abbrevs right now (who else knew that FBO = facebook official?!?! Love it) I’m giving this my own abbrev…henceforth mvb = make vs. buy.

DISCLAIMER: This post involved a bunch of math. If you find that any of my calculations are wrong, please let me know!! 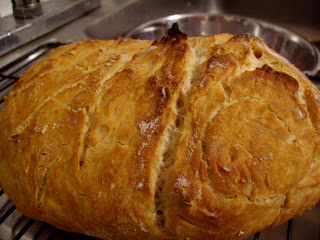 buying a loaf of white bread will cost you $1.93/lb* (note that whole wheat and any artisan breads will be a bit more, so I would say that number is pretty low)
making a loaf of bread will cost you about $0.64 plus about an hour of your time (if you make it my way). That takes into consideration:
the savings is about 300%. I know sixty-four cents versus about $2 might seem pretty negligible, but it all adds up! Not only that, my biggest reason to make bread instead of buying it is because it’s hard to find store bought bread anywhere with ONLY the four ingredients it takes to make bread: flour, yeast, salt, water. Store bought almost always comes with some kind of additives. Also, you have complete control over the type of ingredients you use, which is great, since I love experimenting with new flours and never use any processed or enriched flours.
*all prices are the US average for June, taken from the Bureau of Labor Statistics site
mvb comparison #2: yogurt 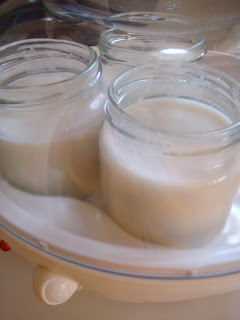 buying a 6-oz container of yogurt will cost you anywhere from $0.50 to $1.50 pending whether it’s on sale and what kind you get
making your own yogurt will cost approximately $0.13 per 7-oz jar, plus about a half hour of your time, depending on how quickly you heat the milk. All other parts of the process don’t actually take any work, just waiting. That cost assumes:
the savings is over 750% for this one. The only quasi-downside to this is that it takes a bit of advanced planning if you want yogurt because it has to ferment overnight. Again, the yogurt maker cost would be paid off after you made 40 jars of yogurt which, using Becca’s yogurt consumption rate, would happen in about 2 months. All the other advantages from bread go for yogurt too: you control what goes into it, you get closer to your food source, you reap the benefits of your effort, etc. 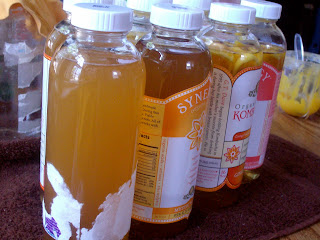 buying kombucha will cost about $3.50 per bottle at the store
making (or I should really say brewing) your own will run you about $0.16 per bottle, when you’re brewing continuously. That number assumes:
the savings is a ridiculous amount that I don’t even want to bother calculating. You can see it in the price comparison. Honestly, the store-bought booch has just about the same things in it that homebrewed booch does, so maybe being able to choose the type of sugar you use is important to you (raw vs. white granulated) but basically the price is the kicker for me on this item. If you’re into kombucha, it’s worth homebrewing, without question.

buying beer can be all over the board, cost-wise. A craft beer/microbrew will generally run you anywhere from $8-$12 for a six-pack (which is the kind of beer that I buy). Bud Light or Coors Water are significantly less at about $15 for a case. For my comparison, I’ll use the more expensive beer since that is what I choose to drink, at about $1.50 per bottle.
making beer has a lot of up-front cost but quickly gets less expensive. So, if you make ONE 5-gallon batch, your beers will cost about $3.50 per bottle, but any batches you brew up after your first will cost you about $0.60 per bottle. I figured this by:

the savings: you’re gonna be in the red for your first batch, but after that…totally worth it to switch to home-brewed beer…unless you drink any of the big name beers – in which case, it’s pretty much a wash. Personally, I just enjoy the brewing process. That, in itself, makes home brewing worth the extra cost. If you want, you can eventually grow your own hops, which will bring the cost down even more, plus give you the opportunity to grow them organically and all the good that comes from growing your own food. 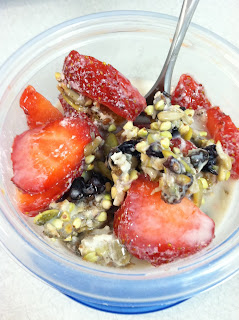 buying granola is also all over the board. I’m going to go out on a limb and say it will run you from $3-$10.
making granola, with my recipe amounts to about $9.75. Meaning:

the savings/loss depends on what kind of granola you would generally buy. The recipe I make is a raw granola, so comparably, you’d be in the ballpark with a store-bought raw granola. Chances are, you can make your own granola for much less (especially with ingredients that are not so exotic, like mine is – for better or worse). For me, the real benefit is complete control over the flavor and ingredients. 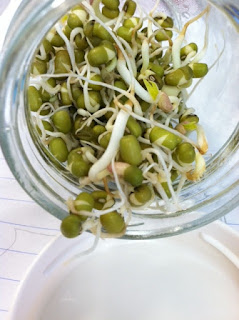 buying, I have spent about $5 on a pint of sprouts
making (or sprouting) your own sprouts will cost around $0.60 for a pint. Assuming:

the savings on that is about 900%. You also get to choose which type of seed you want to sprout, so if you’re not in the mood for mung beans, you can do broccoli sprouts or chickpea sprouts or lentil sprouts or soybean sprouts. I love sprouting!

the savings of about 100% makes it worth it for me, even though you have to think ahead and soak the almonds over night. BUT you get the added benefit of having almond meal to use in other recipes later. Also, I don’t know if you’ve ever looked at the ingredients list on commercial almond milk, but there is all kinds of additives to make it more a “milky” consistency and so it keeps longer. Meh on that.

So, there are any number of things that you could make rather than buying that I didn’t include here. Salsa is another one that comes to mind, also bagels, tortillas, wedding cakes (seriously…thinking about doing it).
Even though some things might not be more economical to make, one of my 2011 goals was to create rather than consume. So for me, it’s less about the price and more about being creative and resourceful and not simply relying on something outside of myself. It’s about getting back in touch with my food source, knowing how everything that goes into my body was grown/cared for/raised/prepared/etc. That is truly what is important to me.

Is there anything you make (instead of buy) to save a big of cash?