Guys, I had a brilliant idea for an interactive post series! I am a big proponent of eating seasonally, and it helps that I frequent the farmer’s market at least twice a month, but I know for a fact that there are a large constituency of mid-westerners that have no idea what is in season and what is not for our region (save for corn; it’s wildly apparent when corn is in season here).

I want to help clear up the confusion a little by doing a monthly post about what produce is in season or will be in season in the coming month.

here’s the catch; I want this to be a collective effort that focuses on one fruit or vegetable where we can share ideas, pictures and thoughts on how to enjoy it. I’m talking recipes, tips, tricks…you name it. Here’s what you can do to be a part of the discussion:

So, being the first day of September, let’s get to it. What’s in season this month? Sweet Corn. 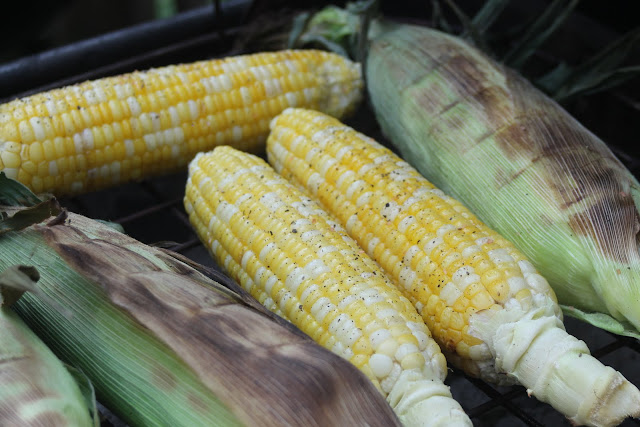 My contribution to our discussion around corn is going to be a handy little tip: how to remove the kernels from an ear of corn without making a mess.
what you’ll need…
method…

{foodpreservation.about.com}
Your turn to sound off! I want to hear all about your corn endeavors (don’t worry if you’re not from the mid-west and corn is in season all year round…I want to hear from you too!!!)
Cancel reply