I am actually a bit behind on this post, we've made more progress than what is shown in the picture below, but I haven't taken any more pictures yet. So I'm doing this home project post in installments. Welcome to part 1 of the

Brandon and I have been patiently waiting for the rain to finally subside so we can devote some time to our gardens. In the back yard, we currently have a 10'x36' in ground garden and are putting in two raised beds. The raised beds are going to be primarily for tomatoes and peppers so we can put them where they'll get the most sunlight.

We've slowly but surely been moving forward on this project! There have been a few days of sun here and there that we've tried to take full advantage of. While we can only work in the garden in steps right now, because of how wet everything is, we are definitely getting somewhere. With luck, by mid-summer, we'll have a bunch of veggies to share!

...and when I say "a bunch" I mean, we have about 15 tomato plants and just as many peppers, which isn't even the half of it! We went a little crazy with the Groupon for Gale's Garden Center.

HOME GARDEN STEP ONE: till and rid the garden of weeds

This is what our garden looked like after all the snow melted: 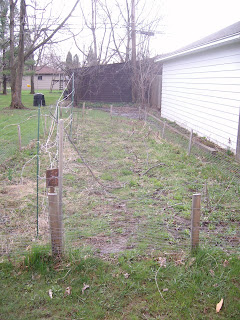 Roto-tilling the garden (this is about one-quarter finished) 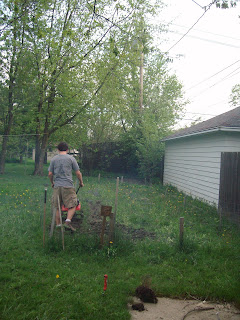 My job was to pull up rogue weeds that the tiller missed, it was muddy 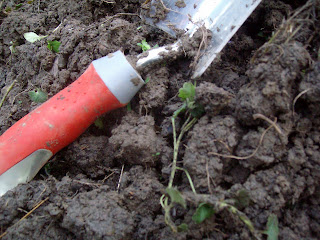 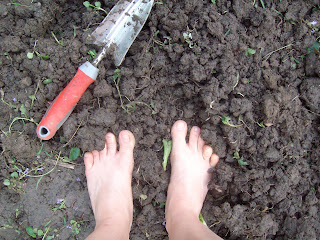 (This isn't a mandatory step, but we decided a while ago that we wanted to add to the garden by adding a few raised beds. Plus, more garden space = more veggies! With how wet it's been, it looks like raised beds are going to be our saving grace this year.) 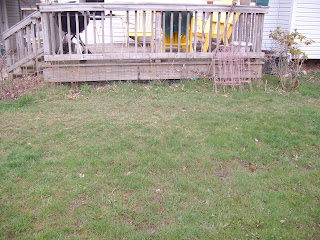 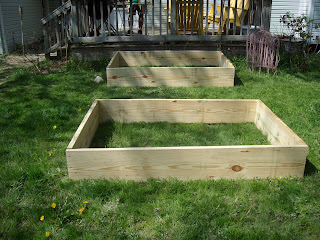 We ordered 3 yards of soil from Kurts Brothers to fill the beds and to mix in with the Ohio clay that our in-ground garden is full of. Many wheel barrows full of soil later: 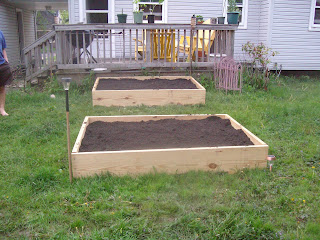 There is still more work to be done, but that's what we were able to accomplish on the Friday before our marathon (shoveling soil before a marathon...poor choice? maybe.)


I am thoroughly looking forward to getting plants in the ground when everything dries up. Wish us some luck on that...this has been Cleveland's rainiest spring on record.